Are MQLs going out of fashion?

The concept of relying only on marketing qualified leads (MQLs) to measure effectiveness might be going the way of platform shoes and disco balls.

MQLs are losing favour as a one-size-fits-all measure of marketing’s ability to push sales leads down the pipeline, say B2B industry leaders. Although marketing automation gave rise to the prospect of MQLs becoming the standard marketing metric for organisations, many believe they are too open to misinterpretation and deception. Some see them as nothing more than a marketing vanity metric. The MQL measure is certainly unable to take into account the circuitous journey B2B customers make on their way to making a buying decision. Businesses that bombard poorly targeted MQLs with sales and marketing collateral are unlikely to deliver exceptional experiences to potential customers, either. Then there’s the common complaint that so few MQLs convert into actual sales leads. 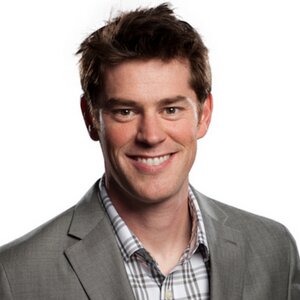 Joe Hyland, CMO of webinar software company ON24, says MQLs are misleading and not a useful gauge of marketing effectiveness within many B2B businesses. “You can manipulate MQLs very easily,” Hyland says. “If my boss said ‘Joe, I need to see a 50 per cent increase in MQLs over the next quarter’ I can go into Marketo and change what qualifies as an MQL and immediately double the number.” Hyland says because marketers can move the threshold of what qualifies as an MQL, it’s open for abuse … especially when incentives are attached to its importance. He thinks marketers should concentrate on what is right for the business and their customers. “I’m less interested in having 10,000 MQLs a quarter than I am in having 2000 meaningful interactions where I’m helping persuade someone,” Hyland says. ON24 has now changed its approach to lead generation. In the past, the ON24 marketing team had such a low MQL threshold that its sales team complained about receiving too many leads. The sales team was so awash with opportunities, it could only make one follow-up contact on each lead. “We redefined our addressable market – what we call our ‘ideal customer profile’,” Hyland says. “Unless a company asked to be contacted by sales, it wouldn’t qualify [as an MQL] if it didn’t match those qualifications.” Hyland says ON24 also decreased its overall level of marketing activity, concentrating instead on making quality connections with prospects. “We actually saw a massive decrease in MQLs … but we also saw pipeline [activity] go up 75 per cent,” he says. “A sales rep may only get two leads in a week but they are high-quality leads. We’ve decreased the noise and allowed salespeople to really focus.”

MQLs certainly have their limitations in B2B companies with relatively low lead volumes. Mercer, for instance, is a global consultancy in superannuation, HR and financial services. Its Australian operation gets 30 to 40 leads a month, sales contracts range from $25,000 to $5 million, and sales cycles can be from one week to two years. Natalie Truong, who is Mercer’s Head of B2B Marketing, Pacific, spoke at the B2B Marketing Leaders Forum about how she has thrown away the traditional lead-scoring model.

“In 2016, when I started at Mercer, we had an MQL target of 1060,” Truong said. “The business wasn’t fussed about what was going through the pipeline, or conversions or why leads were rejected, just as long as we were getting MQLs into the pipeline.” Truong said that despite only achieving an MQL score of 270 that year, the team generated $1 million in marketing-related revenue with a 7 per cent conversion rate. “So, what would be the logical thing to do in 2017?” Truong asked. “Up the MQL target.” The business set her team a new MQL target of 1364. Truong decided she wanted to find another way to measure marketing effectiveness. “I said to the global team: ‘How about instead of worrying about the MQLs in the pipeline, I take a slightly different approach and I’ll guarantee you double conversion and double revenue?’ I wasn’t sure if we could do it, but what we were doing wasn’t working anyway so I had nothing to lose.” Mercer began to filter its 30-40 leads per month manually and stopped its spam engine, which had sent 180,000 emails to about 5000 contacts in the previous 12 months. “In 2017, we achieved 343 MQLs – nowhere near the 1364 we were set anyway,” Truong said. “But our conversion was 37 per cent and we generated $2.5 million in revenue.” Truong said Mercer’s change in direction was unlikely to work for every business, especially those with high lead volumes. What do you think? Are MQLs the best way to measure your team’s effectiveness? Let us know in the comments below. Subscribe for free to Marketorium and receive a regular newsletter with the latest knowledge and insights from B2B marketing leaders in the region and across the world. You can also follow us on Twitter, Facebook and LinkedIn. Further reading: How to report the right stuff (not fluff) to management Photo: Regina Valetova on Unsplash